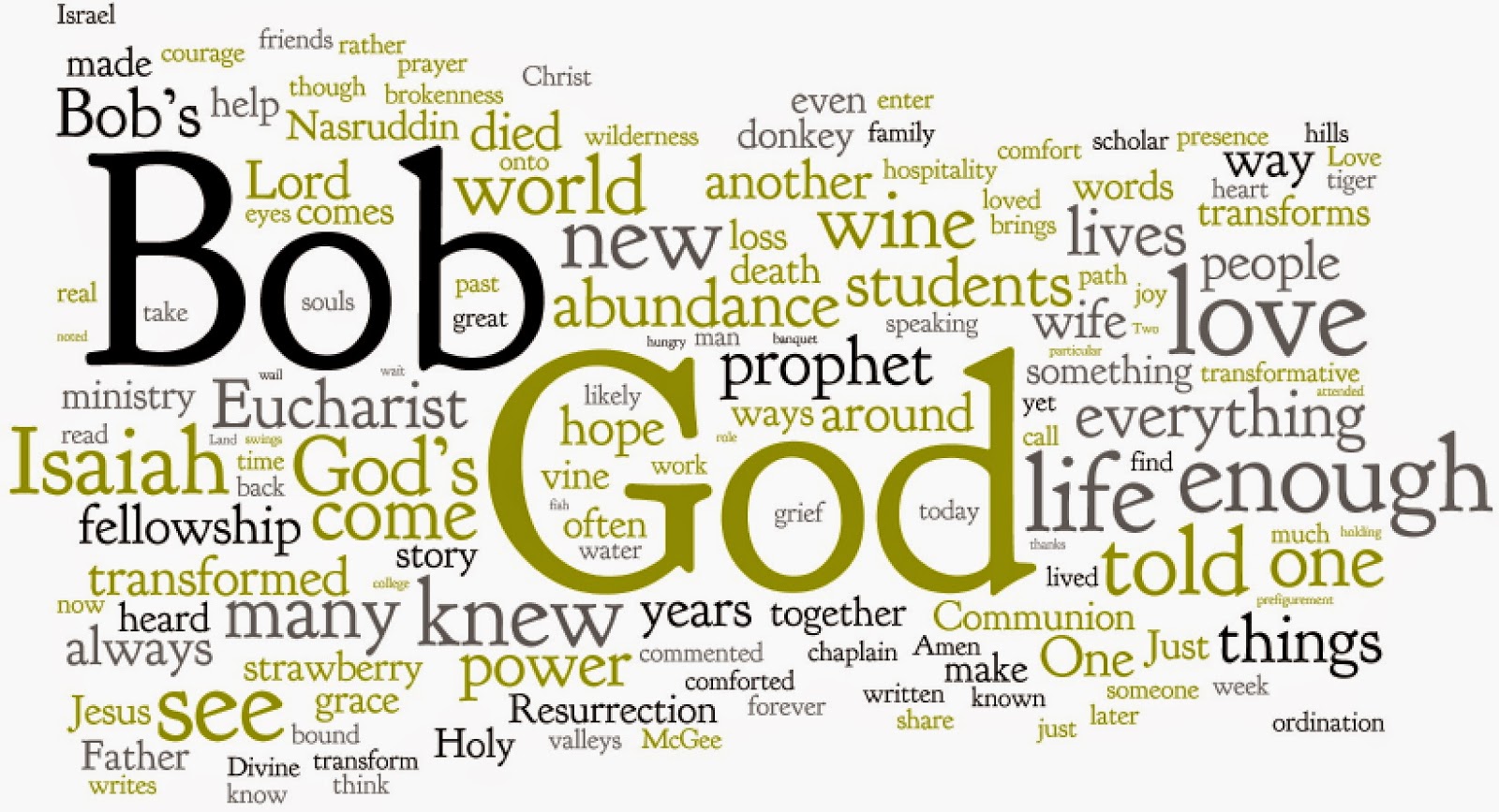 In the name of God: Father, Son, and Holy Spirit. Amen.
As the Mullah Nasruddin is reported to have once said, “I’ll be surprised if I make it through this life without dying.” That was something that Bob told me a few years ago after surviving one of his near-death experiences, and it reflects the way in which his illness changed him. Some of you have likely heard the story from the Zen Buddhist tradition that Bob told in the past few years. A man walks across a field and encounters a tiger, who begins to chase after him. The man runs towards a cliff and swings over the edge, holding onto a vine. Below him, another hungry tiger has come to wait for him to drop. Two small mice then arrive and begin to gnaw on the vine, when he notices a ripe, red strawberry. Holding onto the vine with one hand, he grabs the strawberry with the other and eats it. And how sweet it tasted.
It is the perfect metaphor for how Bob lived since his first diagnosis of cancer. One poet remarked, “I will die, but that is all I will do for death.” And that is the joy and courage with which Bob lived in these final years. He enjoyed the strawberries that surrounded him in the form of his friends, family, and students. And now he is enjoying a strawberry that is exquisitely divine.