"On the Incarnation" is the title of a work by St. Athanasius, in which he outlines the orthodox arguments for the redemption given to humanity through the work of Christ. This post isn't really about that, but is just a good title for this week's topic.
I was struck this morning by something I hear on NPR. They were discussing Kim Jong Un, and his father Kim Jong Il. The state media in North Korea is praising the new leader, hailing him as "born of heaven." Immediately, I thought of another person that we talk about who is "born of heaven." In their book The First Christmas, Crossan and Borg explore some of the claims surrounding Jesus' birth. They argue (and I'm inclined to agree with them) that the birth narratives found in Matthew and Luke are parabolic overtures to the Gospel.
Symphonies often begin with an overture, which sets the tone for the rest of the work, but also, in a very condensed way, summaries the whole piece. These authors see the birth stories as doing the same. They also remind us of the charged political climate in which Jesus was born, namely that of the Rome. The emperor was seen as a deity, and in order for Jesus to "compete" with this notion of what God should be, some of these elements are found in nativies. The emperor was born of god, so is Jesus. The emperor is king, Jesus is referred to as the king of the Jews. The emperor brought the pax romana (peace), Jesus is the prince of peace. The emperors titles included: Son of God, God from God, Lord, Redeemer, Savior of the World. Sound familiar? The point is that to be divine, you had to have certain credentials, and the writers of the gospels wanted to be sure that Jesus was seen in this same divine light as the emperor.
So with that in mind, I heard the North Korean claim that the heir is "born of heaven" as as similar sort of claim. They want (mostly their own people) to know that this is the only leader. And I got to wondering, in our context, what would we claim about Jesus to make him seem divine? If we were to re-write the birth stories, what would we say about Jesus? That he has a career batting average over .400? That he leads a congregation of 15,000 worshipers? That he gives millions to charity each year? That he has bipartisan support?
Of course, none of those apply to him that was born in poverty and ate with sinners and tax collectors. Jesus never really ended up being the sort of king that the Emperor was. As we approach Christmas, let us reflect on the incarnation. In the person of Jesus, the fullness of God dwelt (paraphrase of Colossians 1:19); or in other words, in the incarnation we get a glimpse into God. And if we can trust this vista, then perhaps God isn't as concerned with power, prestige, wealth, or even royal birth as we thought. This coming Christmas, let us remember the God we worship: not the expected military messiah, not the royal king; but instead the champion of the poor, the spokesperson for the outcast, the advocate for the poor, the non-violent leader, the suffering servant, the speaker of Truth, the embodiment of love.
Posted by Unknown at 2:00 PM No comments: 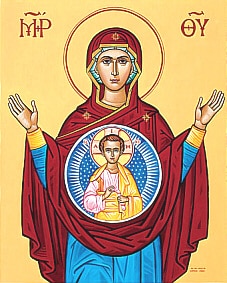 Not preaching this week- so I'll offer some quick reflections on the lectionary. Readings are available here.

We read about the everlasting throne of David being established, the Annunciation and the Magnificat (we'll use it instead of the Psalm for the day). Our Gospel reading includes the wonderful line: "'For nothing will be impossible with God.' Then Mary said, 'Here am I, the servant of the Lord; let it be with me according to your word.'"

What I like so much about this encounter between Mary and the angel, and the person of Mary in general, is her willingness to live for God. The Church desperately needs more Marys. Mary was a young teen when she was told that she was pregnant (or became pregnant, I'm probably not what you would call orthodox when it comes to the doctrine of the Virgin birth), and for that she could have been exiled, or even killed. But she did not run from the situation. She trusted that God was with her and that God could redeem any situation, including this one. And because of her great faith, courage, and openness to the Spirit, she is now known as the theotokos, or God-bearer.

As we approach the fourth Sunday of Advent, we should all consider how we are all theotokoi. How do we bring Christ into the world? How do we (or don't we) trust in God's redemption? How often do we say "let it be with me according to your word? What helps us to say that? What prevents us from saying that?

In Christmas, we see God's ultimate "yes"- God's yes to redemption, God's yes to incarnate love, God's yes to all of Creation. Let us consider how it is that we are messengers of that yes and how we accept and affirm God's affirmation of us.
Posted by Unknown at 11:03 AM No comments:

So last night I had dinner with a fraternity brother before an alumni association meeting for our Chapter. He graduated a year after me from Wake, so we got to know each other fairly well. He is a commissioned (yet to be ordained) Methodist minister in a small town in eastern NC. I enjoy talking with him once a month or so and getting up with him the few times a year when our schedules bring us together. Over dinner we discussed some of the struggles, joys, and conundrums of parish ministry. Specifically, last night we discussed the difference between American Christianity (that is, Christianity in name only) and Transformational Christianity (that is, authentic and faithful discipleship).

He told me about NT Wright's writing on the four spiritualities, which I was not familiar with. I did a little research this morning and it appears that these are discussed in Simply Christian. From what I can gather, Wright says that each person hears "the echoes of a voice" which calls them to do something. The way my friend explained it is that each person, Muslim, Christian, atheist, or deist all are motivated by at least one of these voices or spiritualities. They are:

God is in each of these movements, and God's Kingdom can be built through each of these with some intentionality. Hiking is listening to the voice of delight in beauty; but we all know that hiking, in itself, isn't spiritual, nor does it really accomplish the work of the Gospel. But that isn't to say it can't be those things. It can. Our focus is what matters. I think that many of us hear these "voices" daily, but often we over look them as calls from God or as invitations to be spiritual.

As we talked, I wondered which of these spoke to me the clearest. This morning I served with others at Urban Ministry as we prepared breakfast for the homeless, and I realized that for me, the longing for justice is what I most yearn for, it is the voice that I continue to hear.

I'm not preaching this upcoming Sunday. We have some wonderful readings awaiting us though. Isaiah gives us the wonderful message of "comfort, O comfort my people." We also get our yearly Advent introduction to John the Baptist who proclaims the coming of the Lord.

In my sermon last Sunday, I mentioned that December is a month of tradition, not innovation. Now don't get me wrong, I love traditions (how could I be an Anglican if I didn't?) and have many in my family. But the danger in tradition in that we stop examining why we do what we do, or even what we're doing and we just start going on auto-pilot. As long as we focus and are intentional about them, traditions are wonderful ways to celebrate Advent and prepare for Christmas. Traditions point to a meaning beyond us, unite us to the past, and give us something to look forward to in the future.

In this post, I invite you all to share some of your favorite holiday traditions (and feel free to reflect on them, either on this blog or to yourself).

One of mine, which I no longer get to do since I've been ordained, is Christmas Eve dinner. In my family my father's mother makes homemade lasagna (they are Italian). We would eat and then attend the "Midnight Mass" afterwards. Now I do dinner between services, perhaps I'll pre-make a small lasagna dish and have Tyler put it in the oven to eat it between services. What are those traditions that you do which make the holidays the holidays?
Posted by Unknown at 10:47 AM 1 comment: